Completed in 1905, the Old Federal Courthouse building was designed by James Knox Taylor, the supervising architect of the United States Treasury in Washington, D.C. who designed hundreds of public buildings. A Beaux Arts-style building reflecting the classic roots of early twentieth century architecture, the building was originally designed for the United States Post Office, but also served as a courthouse and customhouse. From 1984 to 1998, this building was used exclusively to house the Tampa Division of the Middle District. Today, the building is featured in the National Register of Historic Places.

In 1998, the court moved to a new, larger building two blocks north on Florida Avenue, the Sam M. Gibbons United States Courthouse. A Tampa lawyer, Sam Gibbons fought on the beaches of Normandy and then served as a member of Congress for 17 terms, where he was recognized as a leader in free trade and protecting the elderly. Offering panoramic views from the upper floors of downtown Tampa and Tampa Bay, the Tampa courthouse is home to the United States Bankruptcy and District Courts, as well as the chambers of a judge of the United States Court of Appeals for the Eleventh Circuit. 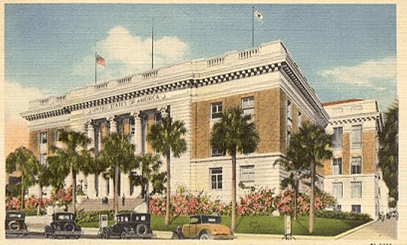 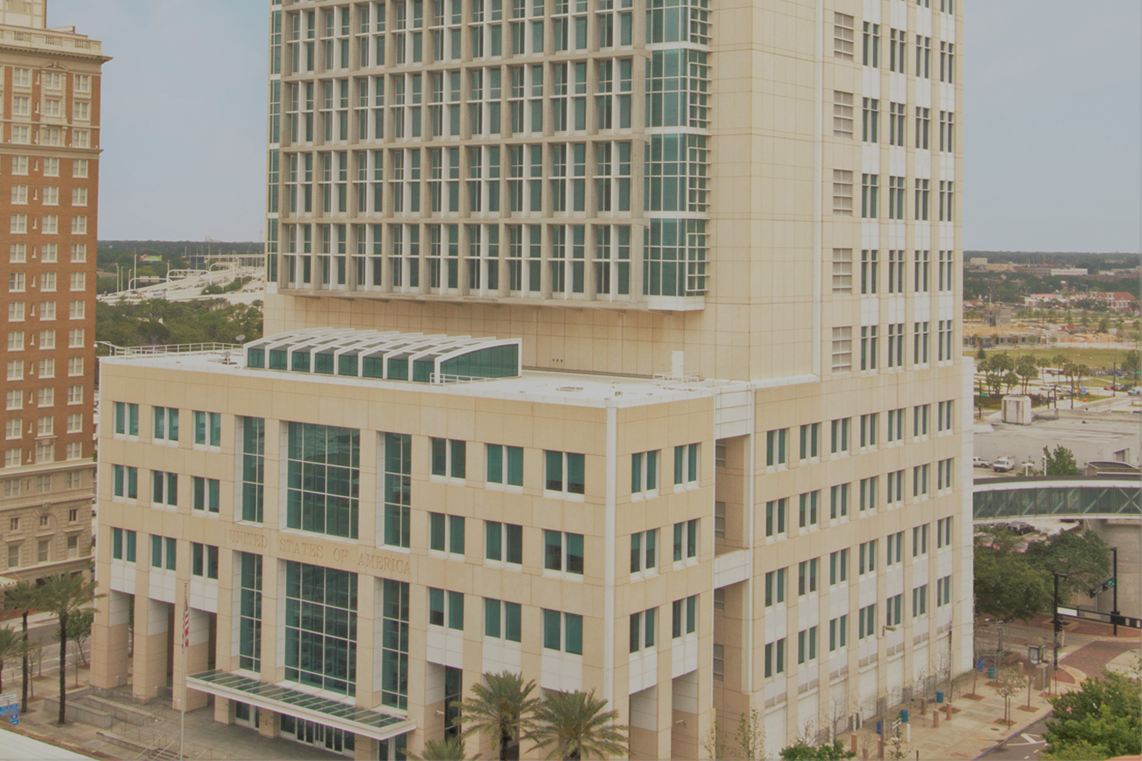 The Old Federal Courthouse, circa 1905 (left) and the Sam M. Gibbons United States Courthouse, which opened in 1998 (right)