The first federal courthouse started as a United States Post Office built in 1932 during the Great Depression. Constructed of coral rock and coquina shell, it was designed by Florida architect Nat Gaillard Walker and is listed on the National Historic Landmark Registry. In 1983, it was renamed the George Whitehurst United States Courthouse in memory of Judge George W. Whitehurst, a native of Hardee County, appointed to the federal bench in 1949. Judge Whitehurst traveled between southern and mid-Florida during the 1950s and 1960s, serving multiple courts as a “circuit rider.”

In 1998, a new federal courthouse was built a few blocks from the old one. Prominently featured on the exterior of the new building is a mural by Barbara Jo Revelle entitled, “An Alternative History of Fort Myers” and depicting historic photographs. In 2006, the building was awarded the International Office Building of the Year Award in the Government Building category. The old courthouse, now owned by the City of Fort Myers, is slated to become a cultural center operated by a nonprofit organization. 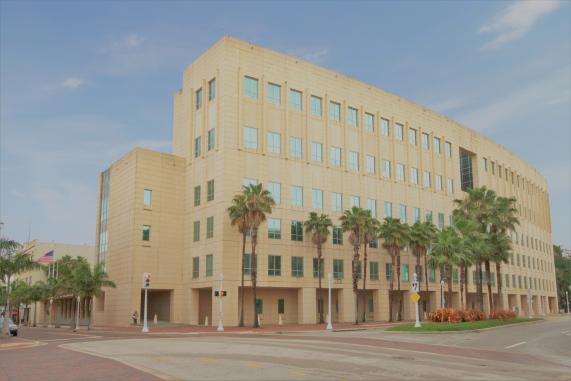