The George C. Young Federal Annex Courthouse was completed in 1975 and housed the Orlando Division and its agencies until August 2007. Located in the central business district of Orlando, the building is named for one of the original district judges of the Middle District, Judge George C. Young who served as Chief Judge from 1973 to 1981. Orlando’s first federal judge, Judge Young presided over many notable cases. including the desegregation of area public schools, the acquisition of property for the Kennedy Space Center, and a number of high-profile criminal cases.

In August 2007, a new building was completed to form a federal judicial complex around a public park designed by landscape pioneer Dan Kiley. Enhancing the heart of downtown Orlando, the new courthouse replicates the tower from the 1941 Federal Building and Post Office. Its five-story atrium contains six large stained-glass windows designed by acclaimed New York artist Al Held, whose work has won many awards. Dedicated in September 2007, the new George C. Young Federal Annex Courthouse is occupied by the Orlando Division of the Middle District and its agencies. The United States Bankruptcy Court now occupies the former courthouse building. 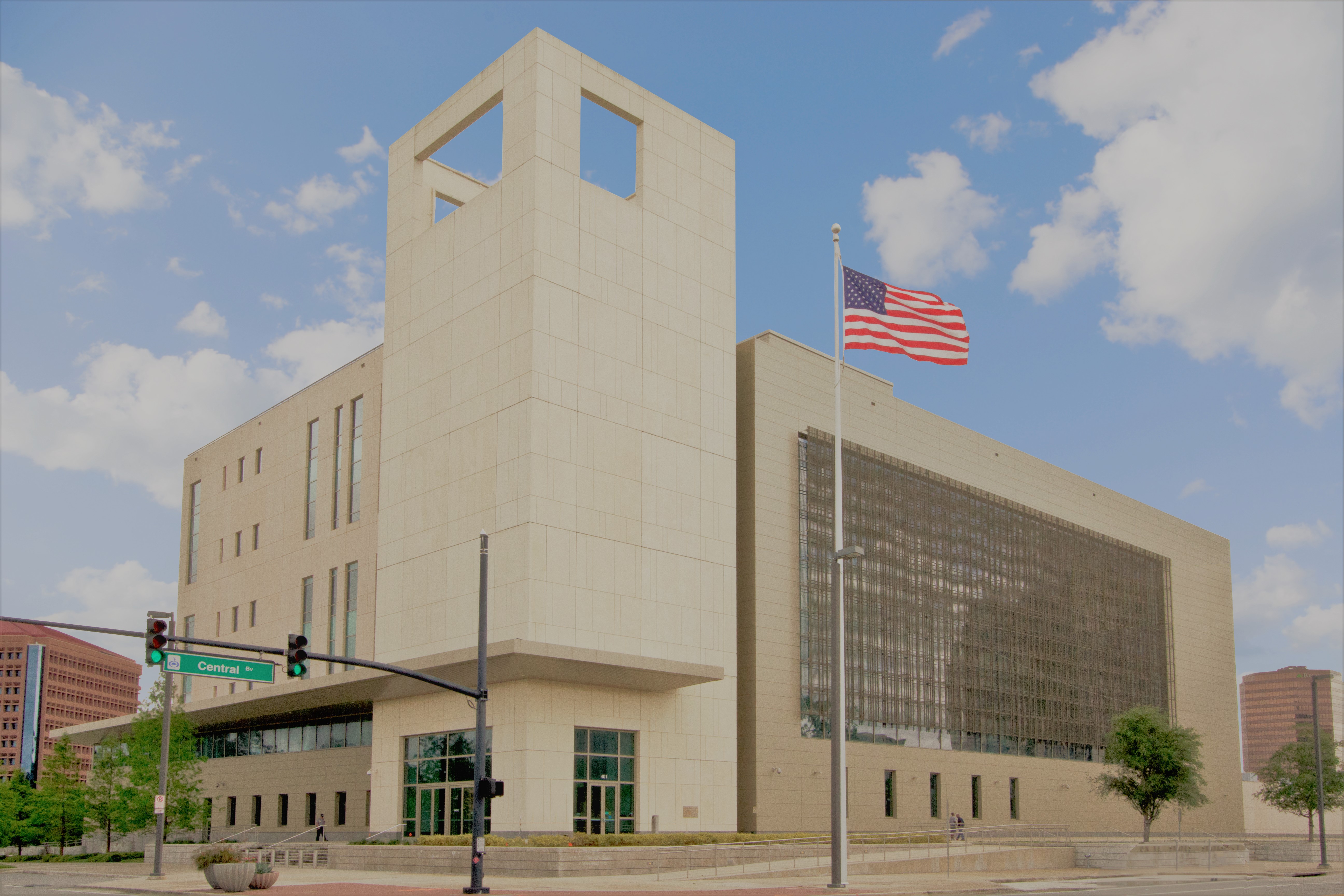