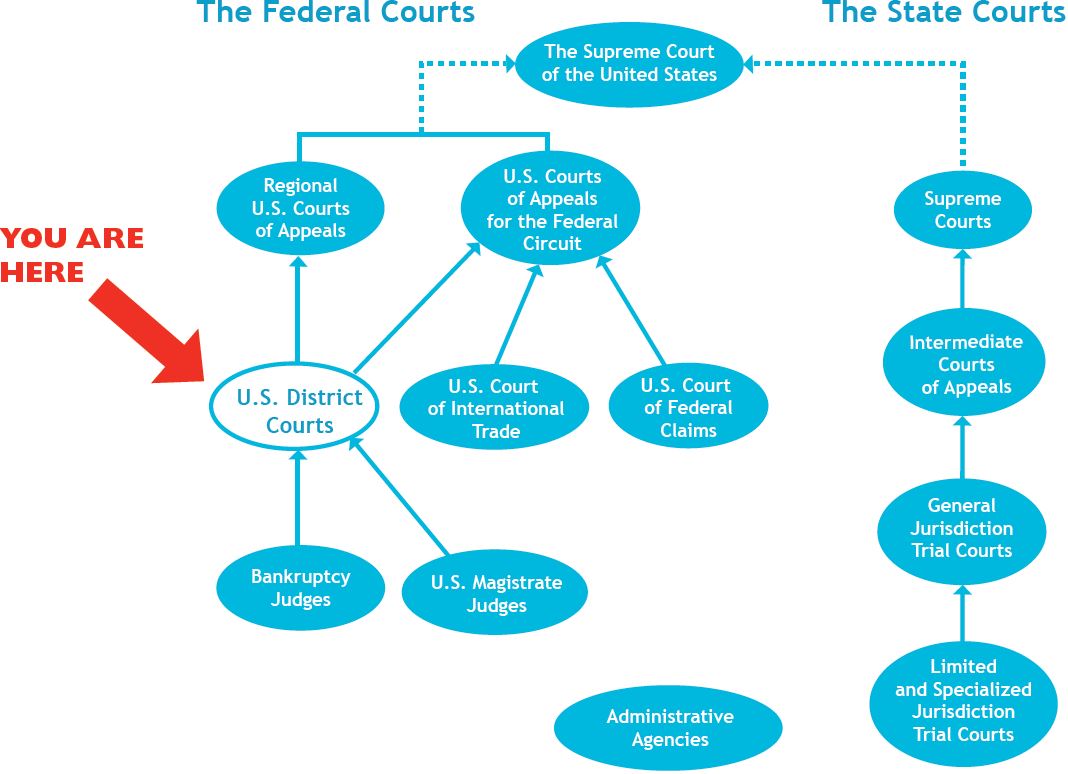 You Can Keep Going...

These 94 districts are placed into 12 regional circuits, and each circuit has a court of appeals. The Federal Circuit Court of Appeals has nationwide jurisdiction and hears appeals in specialized cases. A party that is not satisfied with a final decision by a district court can appeal to the court of appeals and ask that the decision be reviewed.

End of the Line!

‹ How the Court Helps Resolve a Dispute up What is a Federal Court? ›