The United States Welcomed 50 New Citizens in a Naturalization Ceremony at Half-Time of the Jacksonville Jaguars Game against the Cleveland Browns November 29, 2020.

The judges of the United States District Court, Middle District of Florida, Jacksonville Division, working together with the Department of Homeland Security – U.S. Citizenship and Immigration Services in Jacksonville, are pleased to announce that for the third year in a row the Jacksonville Jaguars hosted a Naturalization Ceremony at TIAA Bank Field during the half-time of the Jaguars game against the Cleveland Browns.  On Sunday, November 29, 2020, 50 northeast Florida residents from 24 different countries, ranging in age from 20 to 62, became new citizens of the United States.

Prior to the pandemic, Jacksonville federal judges fulfilled their commitment by hosting naturalization ceremonies every month in the Ceremonial Courtroom of the Bryan Simpson United States Courthouse, at schools, and other community venues.  Family members and friends of new citizens, students from schools, and members of community organizations were invited to witness these meaningful ceremonies, which provided a celebration of the new citizens’ achievements, and a learning experience about what it means to become a U.S. citizen.  Since the onset of the pandemic, it has no longer been possible for the Court to host ceremonies with large audiences within the confines of the courthouse, in school auditoriums, or other public venues.

However, a naturalization ceremony at halftime of a Jaguars game has become an important tradition for the Jaguars, the Court, and United States Citizenship and Immigration Services. District Judge Marcia Morales Howard says, “We were so pleased to learn that the Jaguars wanted to continue the tradition of sharing this meaningful ceremony with their fans and broadcast audience by finding a way to conduct the ceremony within CDC guidelines and the Jaguars’ 2020 Stadium Protocols.  We appreciate the thought that went into staging the ceremony on TIAA Bank Field’s Sky Terrace rather than the field.  In compliance with Stadium Protocols, this open-air venue permits the applicants for citizenship to be socially distant from each other, from the fans and the team, and continues to provide a way to publicly celebrate their achievements.”

During this difficult time for all of us, Judge Howard and Lisa Bradley, Field Office Director of DHS-USCIS, appreciate and thank the Jacksonville Jaguars for their cooperation in providing a lesson in citizenship to thousands of Jaguars fans as well as graciously and safely hosting the new citizens and their families at this game.

At the ceremony Judge Howard administered the Naturalization Oath of Allegiance to the United States of America which says:

Photos of the naturalization ceremony on November 29, 2020, are by Amanda Howard. 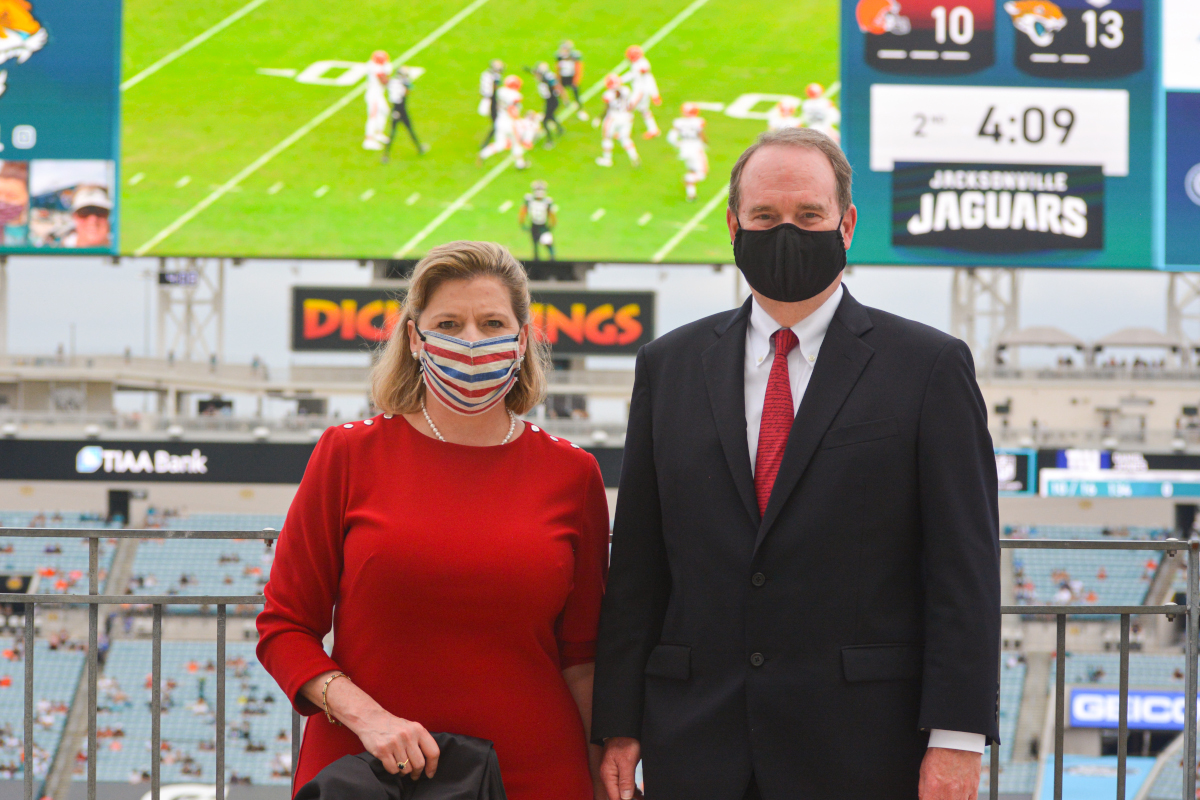 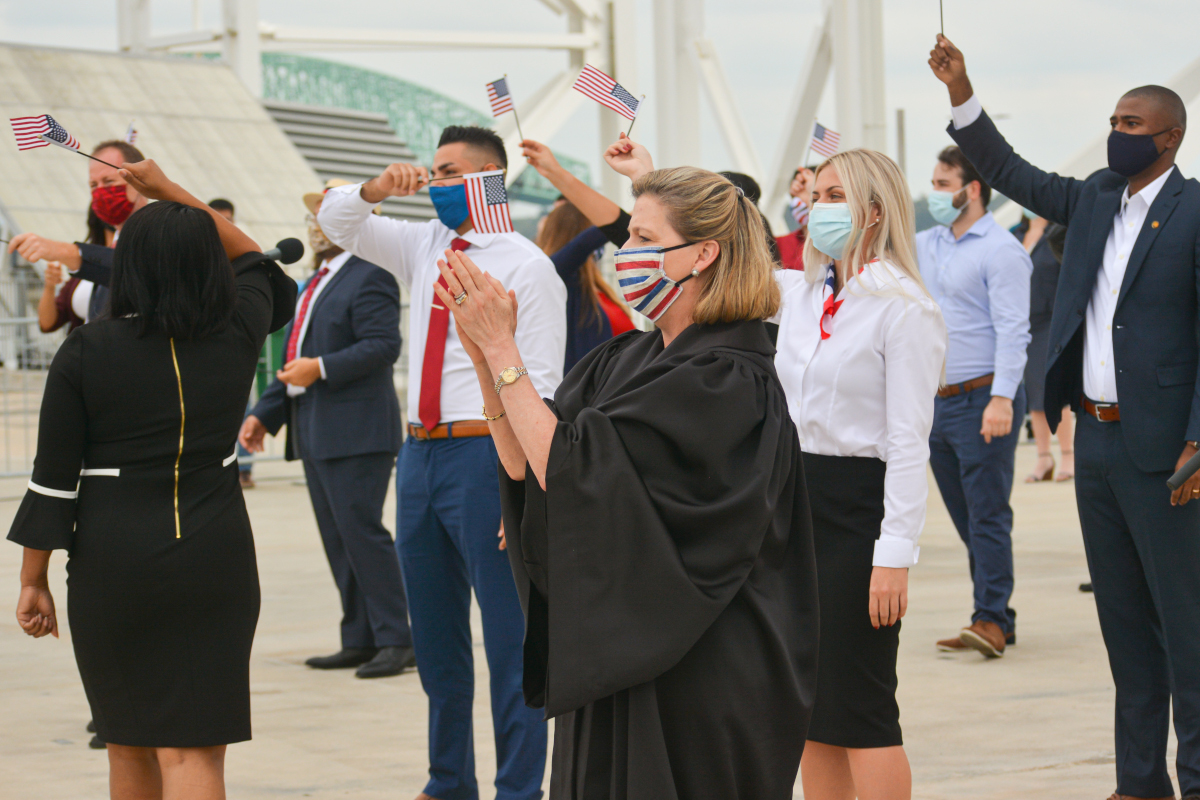